Who doesn’t love a good movie, particularly one that portrays how adorable our pooches are and how they get into (and out of!) challenges!

So, sit back, put your feet up, and take a look at some of these must-watch dog films!

Newlyweds John and Jenny Grogan (played by Owen Wilson and Jennifer Aniston) move to Florida, where they buy their first home and find jobs at competing newspapers. Soon afterward, the Grogans adopt Marley, an adorable yellow Labrador pup. But Marley soon grows up to be a mischievous handful, terrorizing the dog sitter, destroying the furniture and being a downright trouble-maker at training classes. But he brings out the best in his human parents and teaches them and their children important life lessons.

A comedy film about an oversized St. Bernard and his adopted suburban family.  Beethoven helps a bespectacled kid when he is bullied, rescues a young girl who is drowning, and he is nearly killed by a villain who abuses animals in the name of research. He also gets into bed with his owner – who didn’t want to adopt him in the first place. Director Brian Levant keeps the comedy coming fast and furious, and Beethoven is gorgeous enough to soften even the hardest dog-hater's heart.

Fashion designer Anita and computer-game writer Roger meet, fall in love and marry and live with their dalmatians Perdita and Pongo, who have 15 cute Dalmatian puppies.  However, always having wanted a Dalmatian coat, Anita’s boss Cruella De Vil, kidnaps the puppies and takes them to her rundown estate in the country in order to make a coat she has always wanted from the dalmatian pelts.

Pongo and Perdita set out to find and rescue their own 15 puppies and 84 others that are also being held captive.  A ‘twilight bark’ only heard by dogs means that help is on the way from a Collie and a Labrador who help the 101 Dalmatians escape. But the evil Cruella De Vil doesn’t give up that easily… 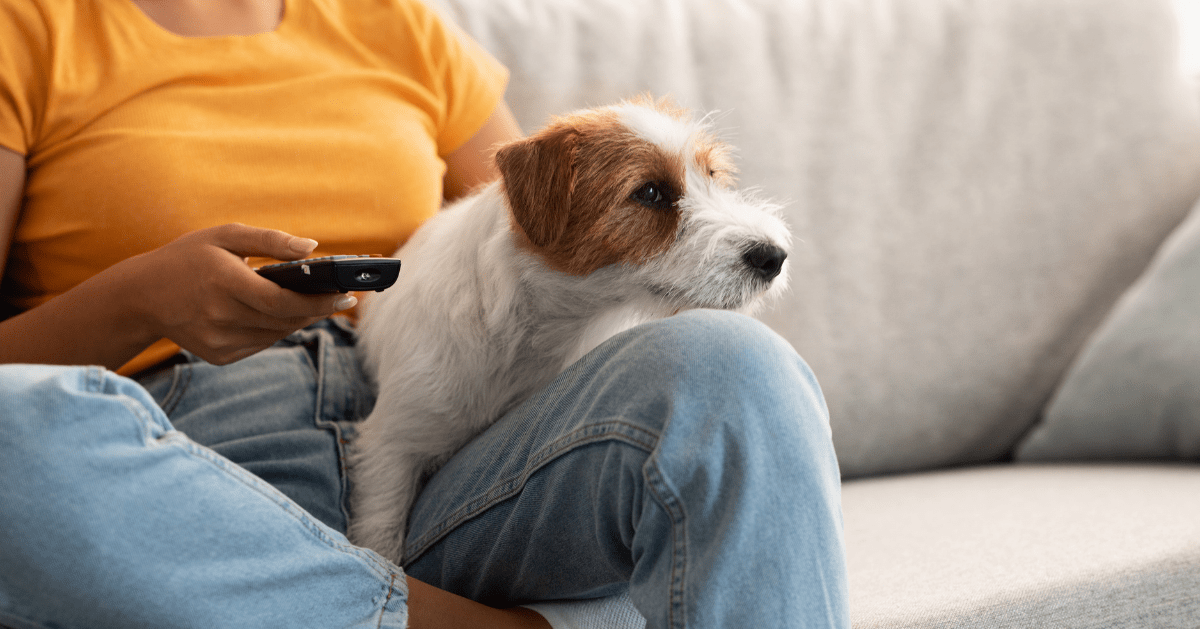 This film version of Greyfriars Bobby tells the story of a little Skye Terrier who is the pet of a Scottish farmer and his wife.  But the dog loves an old shepherd hired on the farm called Auld Jock and follows him to Edinburgh when he loses his job.  Sadly, Auld Jock dies in poverty in an inn and is buried in Greyfriar's Kirkyard but, true to his master, Bobby returns to Auld Jock's grave every night to sleep.

An animated adventure movie about the canine star of a fictional Sci-Fi action show that believes his super powers are real, and he embarks on a cross-country trek to save his co-star from a threat.  His travels are filled with danger and intrigue when he is shipped from his Hollywood soundstage and thrown into an amazing adventure.  Bolt (voiced by John Travolta) is accompanied by a cat and a hamster in an effort to find his beloved co-star Penny (voiced by Miley Cyrus).

After his successful film appearance, Bolt has also made minor cameo appearances in other animated films, including Big Hero 6 and Frozen II.

It’s Gromit’s birthday but he thinks Wallace has forgotten!  Wallace’s mind is occupied by a large pile of bills, which he cannot afford to pay but he has not forgotten Gromit’s birthday and presents him with two presents – one a new collar and lead, and the other a pair of EX-NASA robot Techno Trousers, meant to relieve Wallace of the burden of taking Gromit for his favourite walkies.

In an attempt to improve his financial situation, Wallace takes in a lodger who turns out to be a wanted criminal named ‘Feathers’.  When Feathers discovers that Gromit’s trousers have ‘special’ powers, he works to obtain them and use them for his own nefarious use. It’s up to Gromit to save his master from Feather’s wicked ways! 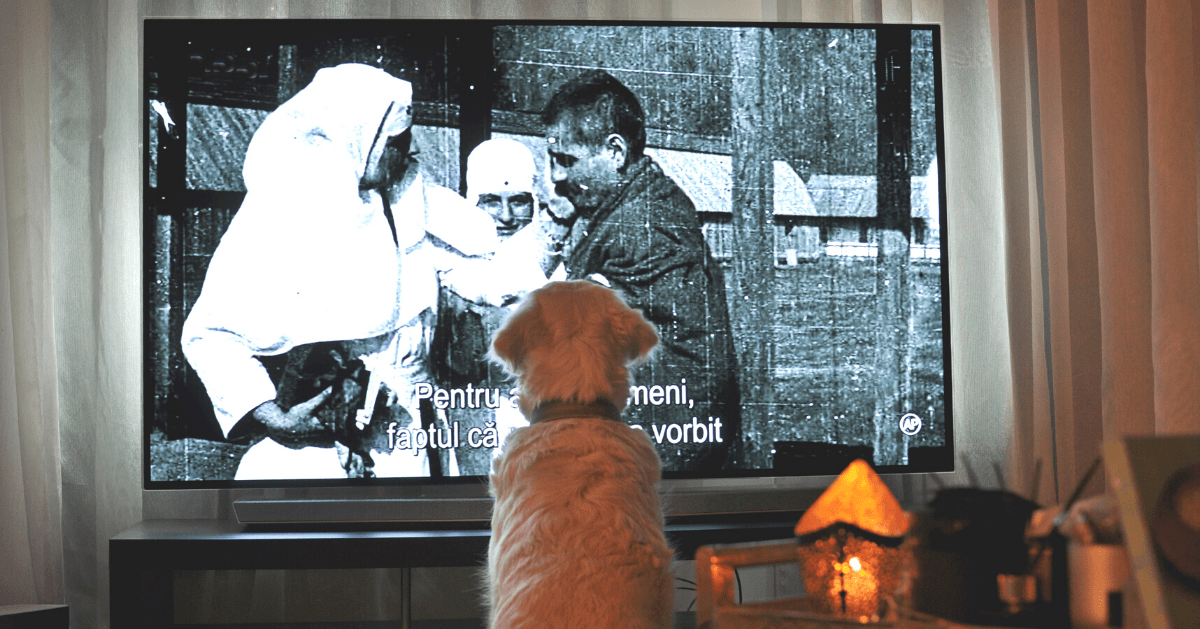 In the present day, Ronnie gives a presentation at school about a personal hero, telling the story of his grandfather Hachiko, a professor of music who finds a lost puppy (Hachi) on a station platform during his commute to work.  He took Hachi home and after failing to find his owners, Parker and his family adopted the puppy.

Hachi becomes a very special pet, accompanying his owner to the station every day and returning again to welcome him home at 5pm. Although the Akita breed is notoriously difficult to train, Parker does succeed and their relationship develops into a very special bond. This is a story of love and enduring companionship which culminates back in the present day with Ronnie telling the end of the story.

Have your tissues at the ready!

8.  THE FOX AND THE HOUND – STARRING COPPER, A BLOODHOUND CROSSBREED.

This film was adapted from a 1967 novel by Daniel P. Mannix.  It tells the story of two unlikely friends. A red fox named Tod and a hound dog named Copper who struggle to preserve their friendship, despite their emerging instincts and the surrounding social pressures demanding them to be adversaries. Tod and Copper meet when young and become friends. They play together all summer long, but as they reach adulthood, they become enemies because of the expectation that ‘real’ hounds hunt foxes.

In the film, the story was greatly modified to make it more suitable for family viewing and by the time it was completed in 1981, the film had changed into a chronicle of the unlikely friendship of two creatures. 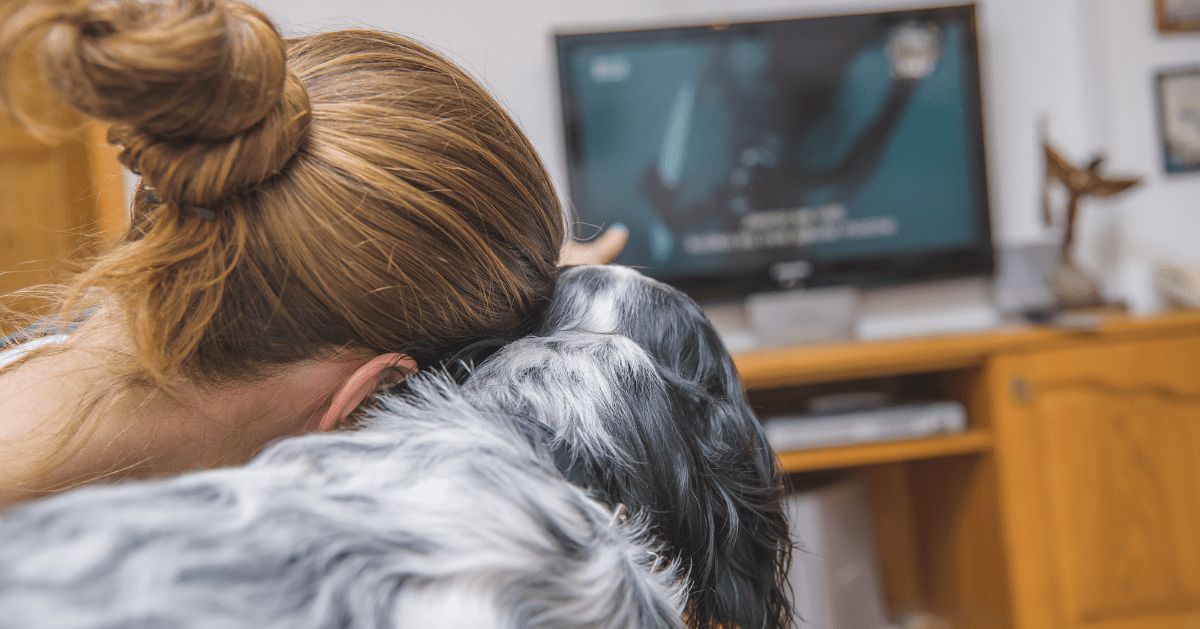 Shadow shares his home with Chance (a selfish American Bulldog) and Sassy (a pampered Himalayan cat).  This story is about the adventures of all three animals as they try to make their way home when they think they have been abandoned on a ranch.  Shadow leads them through the Sierra Nevada where they survive encounters with black bears, a waterfall and a mountain lion. They also get involved in the rescue of a little girl called Molly.

10. THE WIZARD OF OZ - STARRING TOTO, A CAIRN TERRIER

Now a household name, the Wizard of Oz is an adaptation of L. Frank Baum's 1900 children's fantasy novel The Wonderful Wizard of Oz. Starring Judy Garland as Dorothy, and Terry the Cairn Terrier as Toto, this story sees Dorothy and Toto work to find a way home after being whisked away by a tornado to the magical Land of Oz.

From the Yellow Brick Road, to the Emerald City; Toto is there by Dorothy’s side as she searches for the Wizard - and is widely recognized as one of the most notable of all dogs in film or television.

How Happy is Your Dog?

Ever wondered how happy your dog really is? It's not just a wagging tail, dogs have a whole range ...

To celebrate the companionship, love and bonding with our furry friends, we’re taking a deep dive ...

As we fast approach the excitement of the World Cup in Qatar, we don’t want to forget our canine ...