ADAPTIL CA Blog
Why Do Dogs Roll in Things? A Pooch's Point of View

I really don’t understand why my human gets (very!) upset when I roll around in smelly things because it makes me feel great! It’s like scratching that itch that’s difficult to reach – bliss!

I’m not sure which I prefer most, though – a muddy puddle or fox poo. Mmmm…? 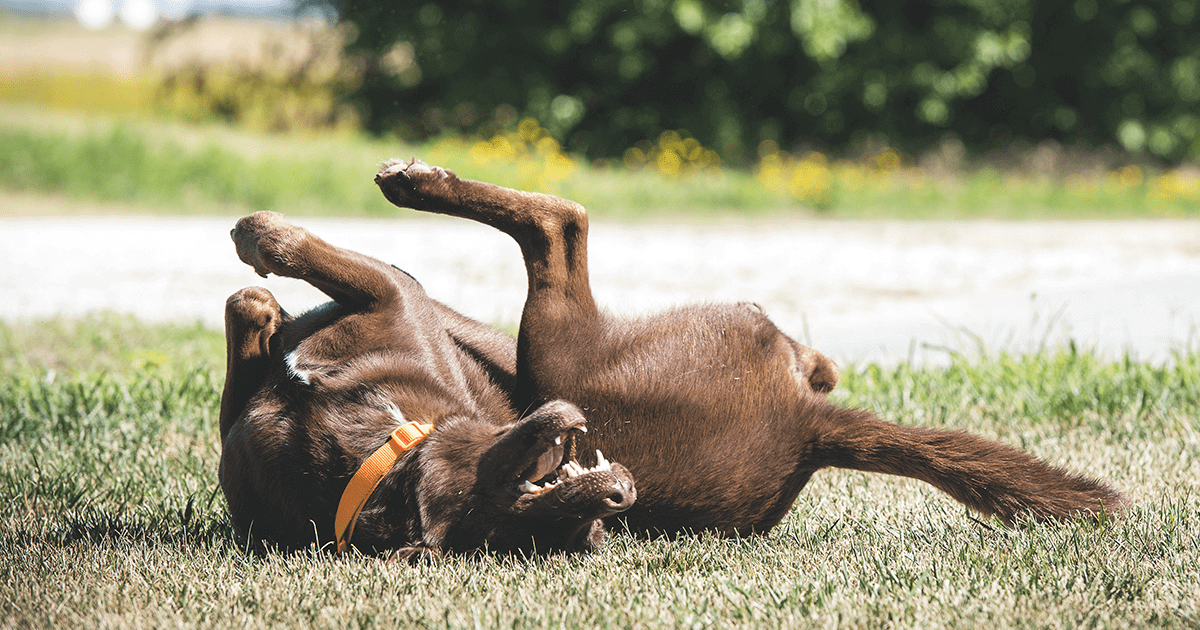 But why? I hear you ask

It’s in the genes! And quite natural for canines to roll around in smelly things – it’s what our ancestors used to do to mask their smell when hunting for prey, or to disguise their smell from predators. It’s amazing to think that my great-great-great doggie grandad used to do just the same thing.

A clever researcher at Wolf Park in Indiana – Pat Goodman – has studied scent rolling in wolves and she thinks it’s a way of bringing information back to the pack about their environment, particularly if the wolves have been rolling in a decaying carcass. This could make it easier for other wolves in the pack to track down the ‘kill’ for their next meal.

Rolling in something smelly could also mean that predators were put off the natural scent of the wolves and couldn’t smell where they were hiding.

But for domesticated pooches, like me, it could be that it’s just good fun. There may have been an evolutionary reason for it, and although we now may not do it for the same reason, it still feels good! My favourite is a muddy puddle, especially if it’s a warm day or I’ve been chasing around the field – it helps me cool down. 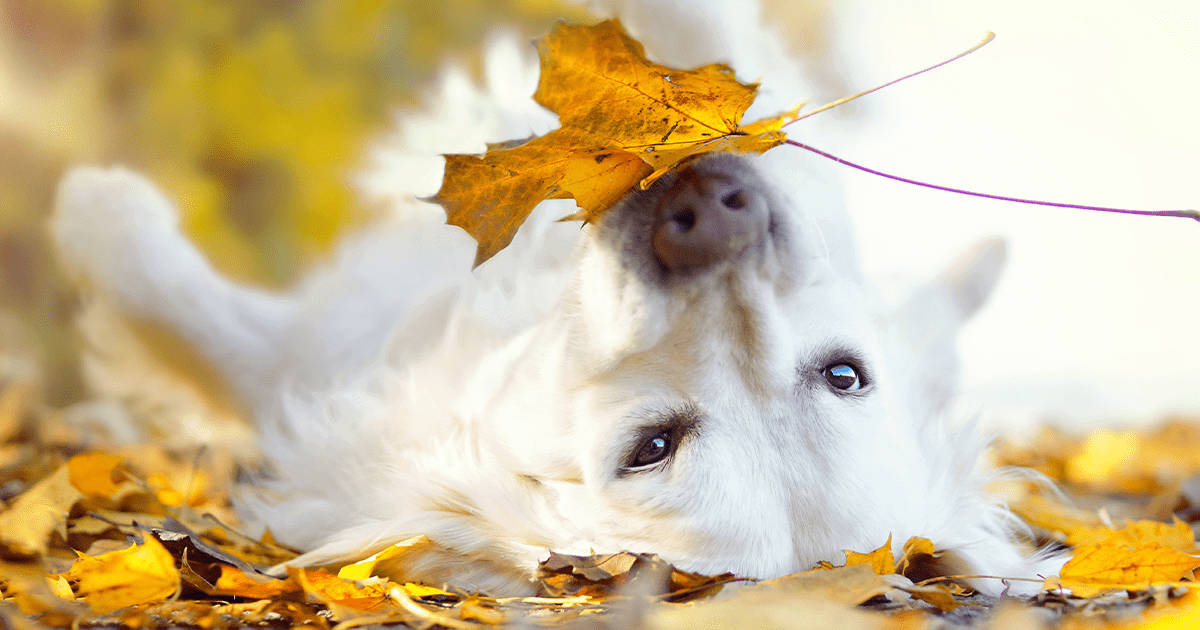 A dog’s sense of smell

Did you know that my sense of smell is 20 times more powerful than my human’s? But my doggie friend Hamish, the bloodhound that I met in the park, has an amazing sense of smell – he has 300 million scent receptors in his nose, so can sniff out anything. I bet he finds some very interesting things to roll in!

Don’t forget that what smells nice to humans, doesn’t always smell nice to us. OK, maybe that roast chicken will smell yummy to us all when it is cooking, but that doggie shampoo that my human insists on washing me with smells far too strong for me. That’s why after I have a bath I go and roll in the grass outside – if my human doesn’t stop me, that is. Grass smells much nicer. 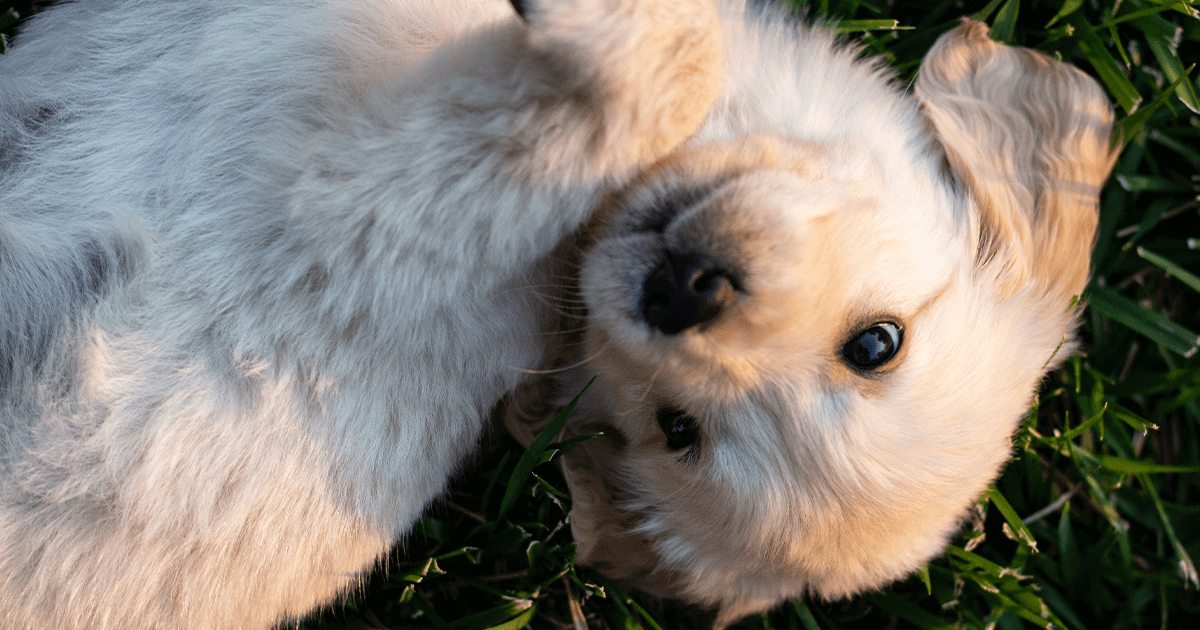 How humans can spoil our fun

If you really don’t like us rolling in things, I suppose you could try the following:

If you are too late to spoil our fun, and you’ve travelled by car to your walking spot, it’s worth having something to clean your dog up with before they get back into the vehicle. It’s also wise to have a secure place to put your dog when you get home, so they can’t run around the house making everything else smelly!

However, do remember that rolling in things is a natural behaviour for dogs! So although I do appreciate it might not be so pleasant for humans, you should never scold your dog for doing it.  After all, we’re just doing what comes naturally! 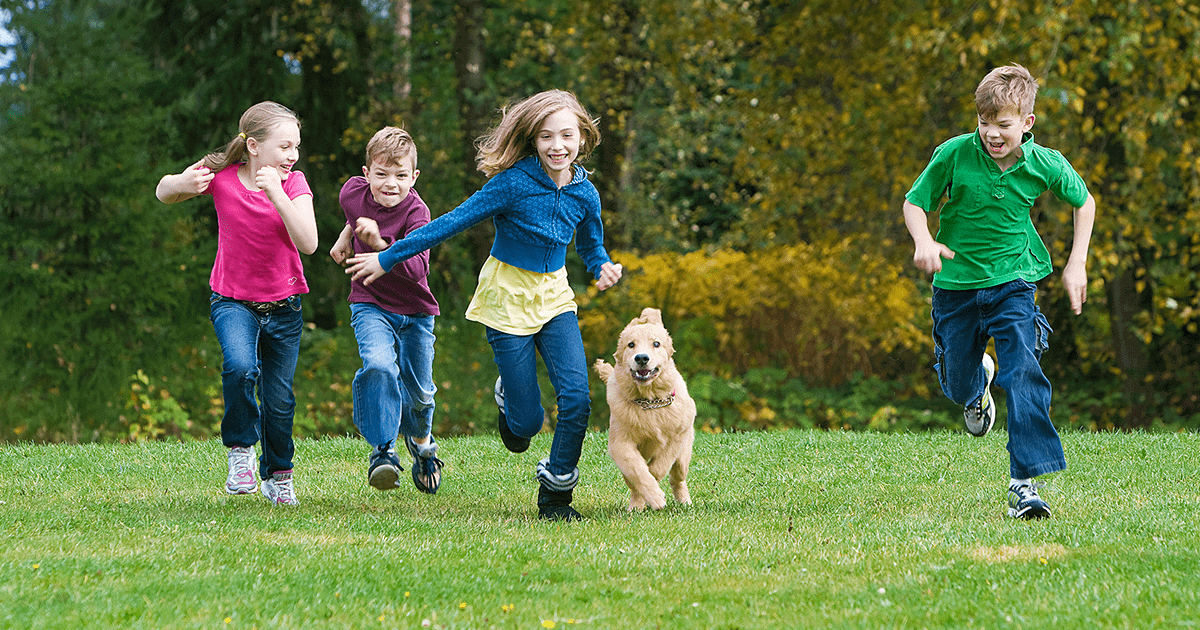 A Dog's Point of View: Why Do Dogs Put Their Paws On You?

Although dogs can’t talk, we have various ways of communicating with humans; we bark, we whine, we ...

A Dog's Point of View: Why Do Dogs Sleep On Your Clothes?

I do like to have a good sniff – especially if it includes my human’s clothes.  I know that my nose ...

A Dog's Point of View: Why Do Dogs Like to Lay in the Sun?

I do love to lie in the sunshine – there’s something about the warmth of the sun which makes me ...