Written by Adaptil, published on 24 August 2022

Many dogs suffer from separation anxiety and struggle if left home alone, even for short periods. We spent some time with Gill finding out about her experience using the ADAPTIL Calm Home Diffuser to help her miniature Schnauzer, Vinny feel more calm while on his own.

This lovely trio of Schnauzers live very happily together, and have enjoyed many adventures as well as being great company for owner Gill. In particular, alert and fun dog, Vinny, wants to be with his mum all the time! As a puppy Vinny was rarely left alone, and would often stand at the door as if pleading to come too if Gill was going out.

"He's just the one that likes to be with me all the time. He doesn't like to be left home alone" 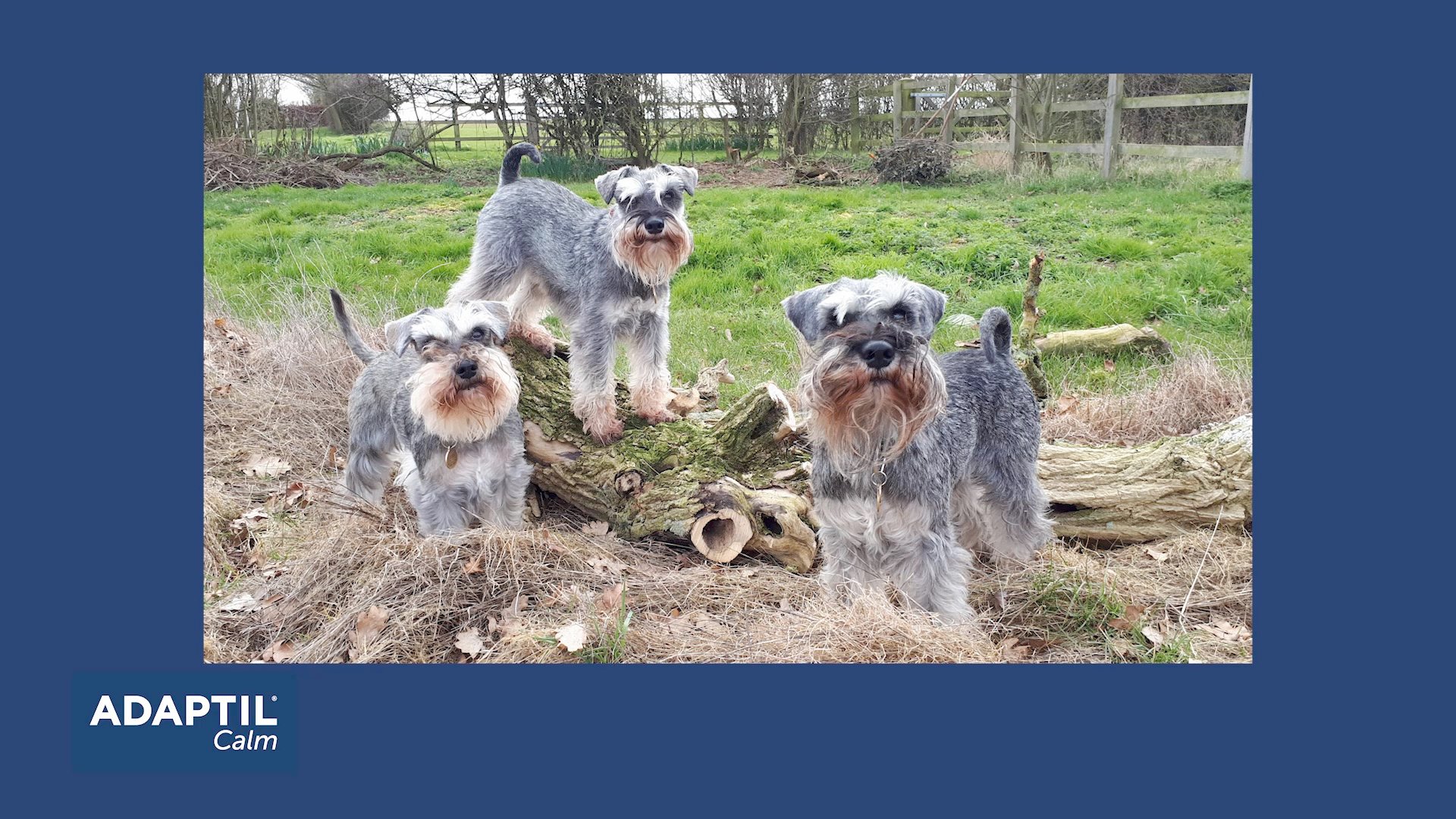 Like many owners, Gill invested in a pet cam so she could monitor the dogs behaviour during the times they were left at home alone and quickly discovered some worrying behaviours. The doorbell or any noises would trigger Vinny to bark and sometimes this would escalate into howling. Vinny's distress was impacting on the other dogs too, as his companions, Poppy and Bella, would sometimes join in.

"If one dog is upset, it sort of has a bit of a cascade effect. That's really quite worrying" 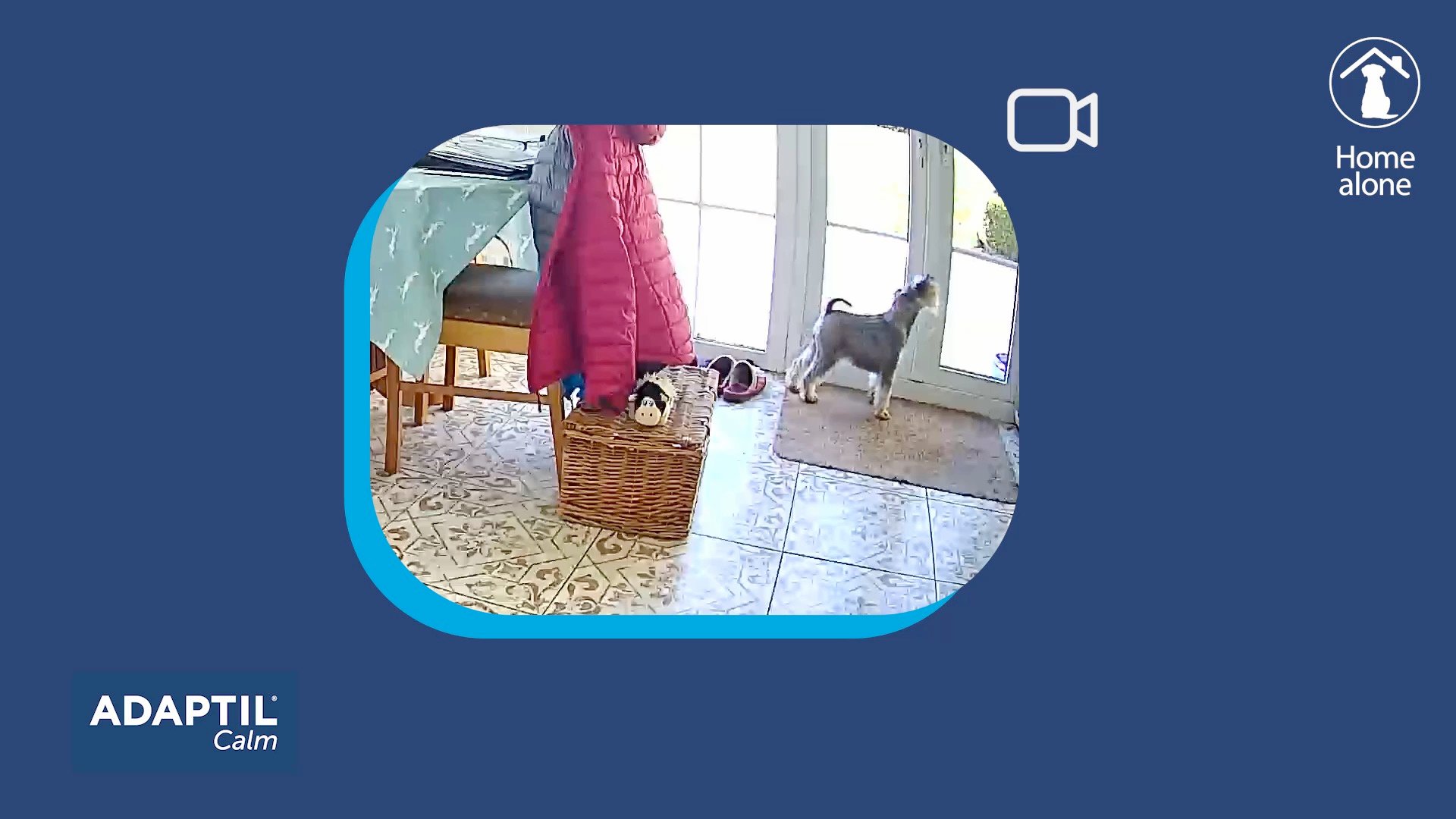 Thankfully, Gill discovered ADAPTIL Calm Home Diffuser which, after simply plugging into a standard plug socket, had a positive affect on all 3 dogs, not just Vinny!

"It definitely seemed to have a good effect, he's much more settled when I go out."

Vinny has stopped pacing up and down when left alone at home, the howling has got less and Gill has discovered that ADAPTIL has helped with all kinds of difficult situations for her beloved dogs - from interacting with other new dogs to having puppies in the house.

"Knowing they're happy and settled gives you great peace of mind" 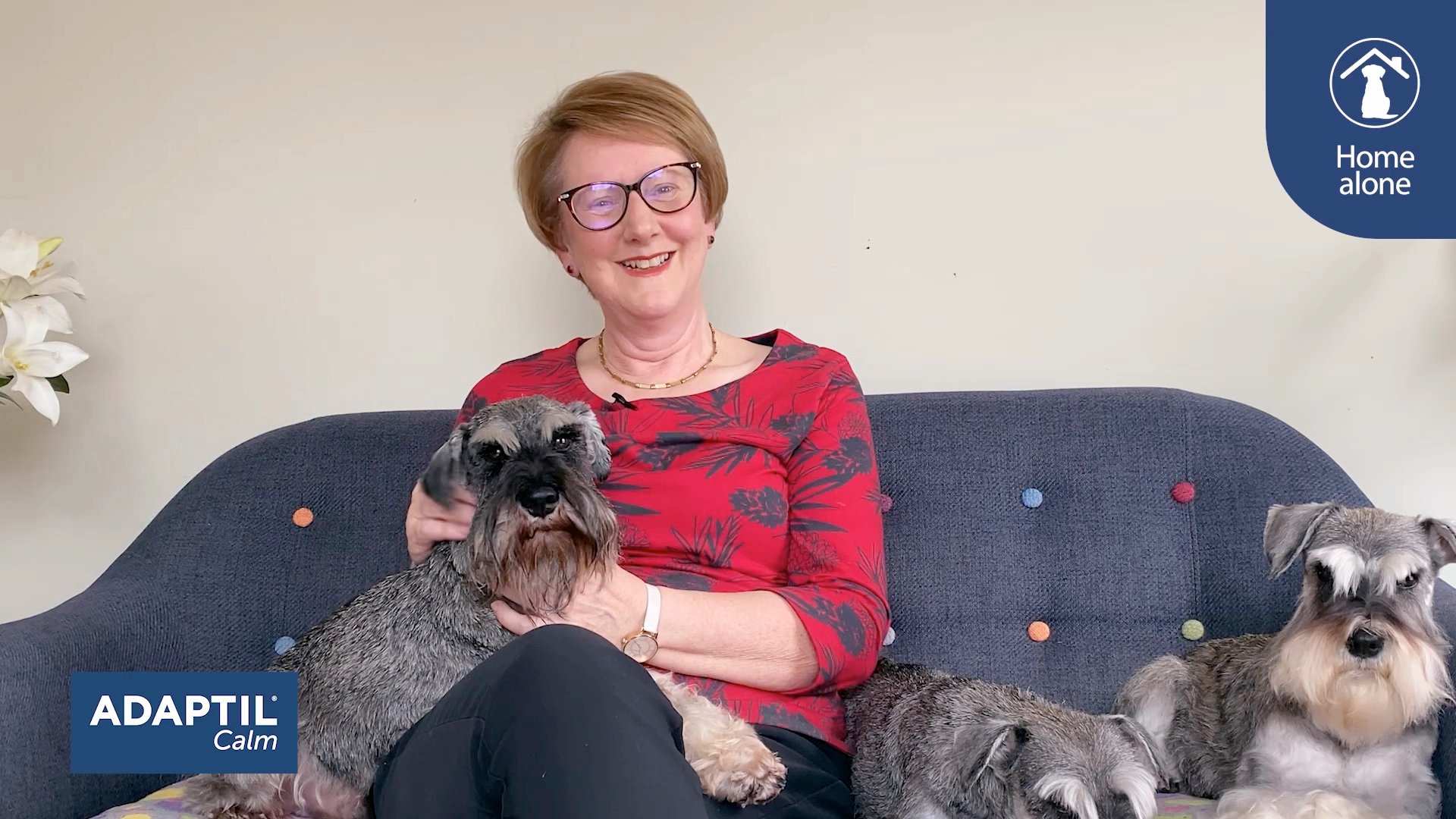 Now her dogs are more settled, Gill has great peace of mind, knowing that they are happy with ADAPTIL helping in the background.

A Dog's Point of View: Separation Anxiety After Lockdown

Sigh…I’m getting confused! I was in a lovely routine. I knew exactly what was going to happen in my ...

Having a new puppy is an exciting time for both of you! As you get to know your new best friend, ...

Is Music Therapeutic For Dogs? Can Music Calm Dog Stress?

We all love a good tune! Some music can get our feet tapping, some can evoke memories, and some ...